We went to Golden Bluff beach in California in July 2012, right after visiting Trees of Mystery. It was a mistake to come late in a summer afternoon. There were no people in sight. It was foggy and cool . The place felt even spooky. And I was afraid of getting stuck in the forest where black bears could appear.
The best time to arrive there was between noon and 2 pm to take good shots, from what I have heard.  The best season is spring and fall. Not winter and summer. 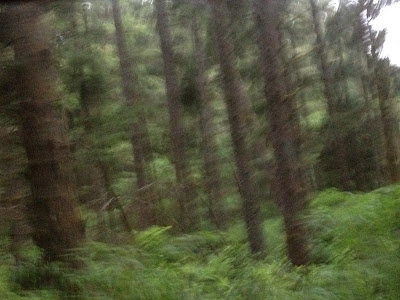 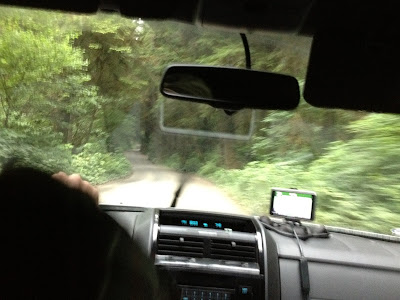 To get to the beach, we had to pass through a dark forest with a very small dirt road for cars. It was a scary road. With a slight miscalculation, the car coul perhaps fall from the path. We were driving on the edge of some mountain, and to fall from edge would be like diving into a bottomless pit.

I was scared of black bears, too. What if it met us on the road? We couldn’t drive backwards when the road was so narrow. I once saw a video of a bear in Youtube – how it quickly find out how to turn open the car handle. With a slight opening in the window, they could easily rip the window off, too.

Anyway, while we were here in the Redwoodsy part of California, we saw many posters showing a picture of a missing young woman. So I opened up the topic to the waitress. Yup, the young woman was missing. And folks wanted to believe that she eloped instead, according to the waitress. That she just got tired of this old town and wandered away towards the big city. And that she was alive and well. The waitress was a very nice elderly woman. She probably read distress written on my face and felt the need to make me feel secure in their company.      I was so paranoid that hubby decided to just drive back to the town before it got dark. We ended up hungry and the only place to eat was a small town eatery.      A diner with lots of stainless steel, a counter and people that were…different. Basing on some Aemrican films, they would fit the  role of rednecks – although I am not saying that they are (because I don’t know who they are).  Once again, I felt scared.

The waitress also told us though that they also feared that the young woman fell off the edge of the mountain. It always happened there, especially that time of year when it was dark and foggy…(And that was exactly what I feared when we were driving, remember?!)

The food was so-so. I was almost scared to touch it. But we were so hungry, there was no choice! The other customers looked at us strangely, too. 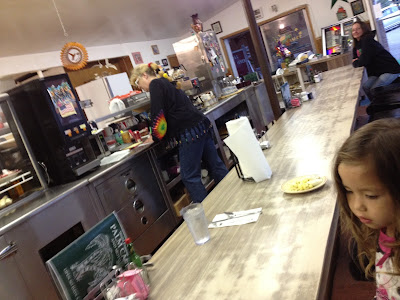 I am a full-time multijournalist working for media house UNT in Uppsala, Sweden. I am crazy about fashion, traveling and zumba. I collect books and jewelry. I have lived in five countries, visited 37 - and still counting. I blog about trips, things learned and keeping myself young at 46.

It’s a small world for animatrons

Parade of the stars